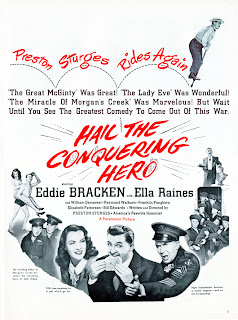 Be not forgetful to entertain strangers:
for thereby some have entertained angels unawares.
—Hebrews 13:1-2

Our attitude toward our fighting men and women has fluctuated dramatically over the years. Since the first Gulf War we’ve freely given the respect, admiration, and honor rightly due our homecoming professional soldiers, despite whatever our feelings may be toward the conflicts they’ve willingly answered the call to participate in while leaving behind their homes and families. A generation earlier, troops returning from Vietnam were alternately ignored, spat on, or slandered to varying degrees for following orders and fighting what ultimately became an unpopular war.

During the Second World War, the GIs—“our boys”—constantly had their praises sung by the public and the media. Nearly an entire generation of men were called to duty, and they were the sons, uncles, fathers and cousins of nearly every one of us . . . so it was personal. As a result, Hollywood, though its intentions may very well have been honorable and the cause just, produced a lot of flag waving drivel to promote the war effort at home and on the fighting front, especially during the early years of the war.

Enter Preston Sturges who, along with John Huston, became one of the first screenwriters to make a successful transition to directing feature films in the sound era. Sturges, who is recognized as a genius of cinema comedy, with at least seven masterpieces of that genre to his credit in the 1940s, was too clever a character—and also a trifle too sardonic—to dally in the jingoism that was in vogue at the time. Nevertheless, he showed his admiration for, and paid his respects to, the American fighting man in no uncertain terms in Hail the Conquering Hero.

Hail the Conquering Hero is a comedy, but it forgoes much of the slapstick visual humor that Sturges spread liberally across most of his other signature films, including The Lady Eve and Sullivan’s Travels, both from 1941. In its place Sturges, who really authored no visual cinematic style to speak of prior to Hero, utilizes crowded compositions of wall-to-wall people to match the snappy, inventive, wall-to-wall dialogue he was known for. The film moves along briskly, with abrupt, well-timed cuts, as he propels his plot nimbly forward. 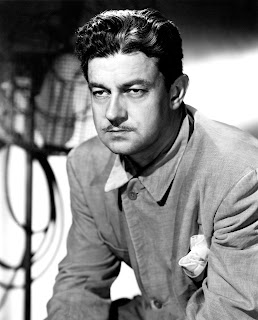 The professed hero is one Woodrow Lafayette Pershing Truesmith (Eddie Bracken, who also starred in Sturges’ brilliant The Miracle of Morgan's Creek), a chronic hay fever sufferer rejected by the Marines, who was born on the day—at the very moment in fact—that his genuine Marine hero father was killed at the Battle of Belleau Wood during World War I. Consequently, he’s had enormous shoes to fill his entire life, and can’t summon the nerve to return home to face his mother, his town, and the music (literally, as it turns out). To make matters worse, he’s written his mother that he’s a Marine, and has been fighting in the Pacific for the past year.

But the real heroes of the film are six tapped-out, battle-hardened leathernecks fresh from Guadalcanal, who emerge from the evening mist on a city street, stopping to bicker with one another outside the tavern in which Woodrow happens to be drowning his sorrows. Woodrow buys them sandwiches and a couple of rounds of drinks, winning their respect by way of his fidelity to The Corps, and their sympathy by way of his unenviable position: an inability to make the grade in his perceived birthright branch of the service. (During WWII, soldiers were routinely held up as examples of America’s finest, and it was the goal of every male from schoolboy to young adult to be one, or else suffer derision and raised eyebrows.)

Through a series of well-intentioned ruses perpetuated by his new, uniformed buddies, Woodrow returns with them to his hometown a conquering, decorated hero. His long-suffering mother (who keeps a shrine to her late husband with his photograph prominently displayed), as well as his former girlfriend (who has become engaged to marry the hapless, buffoonish son of the conniving, windbag mayor, the latter wonderfully played by Sturges stock company favorite Raymond Walburn) and the whole community welcome him at the train station with open arms and several marching bands. Things have clearly gotten out of control, and not only does the town pay off the mortgage on his mother’s home and propose a statue of him and his father, they ultimately nominate Woodrow as a candidate for mayor, solely on the basis of his military exploits, which in reality never happened.

None of this sits well with Woodrow, who tries tirelessly to tell the truth to anyone who’ll listen, but the entire town is swept away in a rapture of pride and patriotism, and is deaf to his exhortations. Even if they wanted to they wouldn’t get the chance to hear his side of the story, as Sergeant Heppelfinger (William Demarest), the leader of the small group of Marines, constantly adds to the tangled web, building on Woodrow’s legend at every turn.

It’s here that Sturges sets himself apart from the pack. He deftly yet nearly invisibly pokes fun at blind hero worship and even exploitation of the military, while at the same time paying tribute to our men in uniform who are willing to make the ultimate sacrifice on our behalf. And he fulfills in spades the number one requirement of a Hollywood movie in the heyday of the studio system: he entertains us. “Laugh and the world laughs with you, frown and you frown alone,” says a character in the film, echoing a line from Leo McCarey’s Going My Way, released earlier that same year (1944), and likely a mantra for those on the home front during World War II.