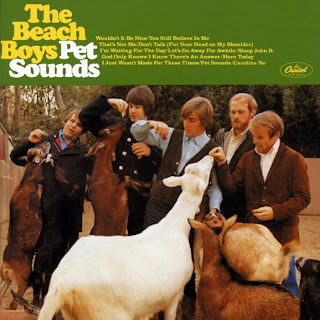 I’ve been an unabashed Beatles fan since I was twelve. To me, it’s simply a given that they were the single most prolific, creative, and deservedly popular musical entity of the past fifty-five years—the rock era. Their music and chemistry straddle generations—my ‘tween and teen-aged kids love the Beatles’ songs and movies as much as I did when I was their ages, maybe more. The very first song my nine-year-old loaded onto his iPod was “Octopus’s Garden.”

Their eclectic range—particularly when one bears in mind the fact that their entire recorded output was produced in about a seven-year span—is staggering. From the buoyant, irresistible sound of their early period, through their more reflective and challenging middle years, to their final, experimental, more expansive phase, it’s almost impossible to make the blanket statement, “I don’t like the Beatles’ music.” There’s too wide a range of styles to not find at least one album—one song—that appeals to you. In fact, I tend to get a trifle defensive when people make claims of musical superiority regarding perceived challengers to the throne, like, say, the Rolling Stones or the Beach Boys. And I like the Rolling Stones—but, more or less (as Mick Jagger once described them) as a complement to the Fabs.

Not so much the Beach Boys. A few of their singles have resonated with me to varying degrees over the years, like “Help Me Rhonda,” “Good Vibrations,” the anthemic car song “I Get Around,” and its flipside, the transcendent “Don’t Worry Baby,” but for the most part I find their catalog singularly irritating.  The early “surfin’” tunes, which feature Mike Love at his fingernails scraping the chalkboard shrillest, “Fun Fun Fun,” Beach Boys’ Party, the obscenely over-played “California Girls,” that annoying, repetitive song from that annoying, obnoxious movie, Cocktail, all send tremors of nausea rumbling through me.

And yet, the Beach Boys made one of my favorite albums, Pet Sounds.

Oddly enough, I didn’t discover Pet Sounds until I was in my thirties. But immediately upon hearing it, some mystic chord of collective unconscious memory was struck, bringing forth a wave of inexplicable, bittersweet . . . call it nostalgia, for lack of a better word, a conduit back in time to my teenage years. Somehow, the burgeoning musical genius of Brian Wilson, shut up in his room somewhere in California (and the poetic genius of ad man/lyricist Tony Asher, wherever he was), creating the preeminent musical expression of ‘60s teenage angst, longing, love, and dreams, reached out across two and a half decades and moved me.

It doesn’t possess the scope of, or cut as wide a swath of sophistication as Rubber Soul (Wilson’s creative impetus for making Pet Sounds) or Revolver, the best back-to-back rock LP releases ever—I'm speaking of the UK versions, not the US bastardizations; though it was the US RS that inspired Wilson—but it is more focused and may very well be the finest pop album ever, encompassing all the youthful hopes and fears of the pre-psychedelic, more innocent early-to-mid 1960s—before they became The Sixties. It’s an inward-looking, male version of the Ronettes, taken to the next level.

Rock “groups”—which is what bands were called in the 1960s—all began life in search of a new “sound” that would attract the attention of DJs and the hearts and minds of a newly affluent generation of teenagers and adolescents who were growing up in the economically sound post-World War II era. Pet Sounds, like the best of everything the Beatles had to offer, sounded like nothing ever had before. It wasn’t a big hit by Beach Boys standards upon its initial release, reaching number 10 on Billboard’s album charts, but its very existence was enough to drive the creatively competitive Paul McCartney to drive the Beatles to produce Sgt. Pepper’s Lonely Hearts Club Band*, by consensus the ultimate ‘60s concept album. For me, it’s Pet Sounds.

* Paul would eventually pay tribute to his second-favorite album in 1971, in the "Long Haired Lady"/"The Back Seat of My Car" song sequence that closes Ram. 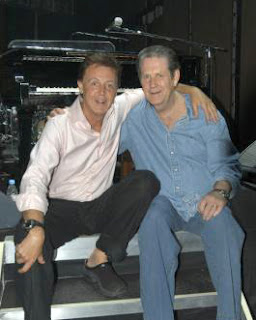 The mutual admiration society meets in 2002.

Strictly speaking of course, PS isn't really a Beach Boys album. It's Brian Wilson's vision, his sweat and toil and tears, his baby—with an emphatic nod to his backing band on PS, the Wrecking Crew, Phil Spector's house band on all those classic Wall of Sound singles he produced in the early '60s, immediate ancestors of PS. Sadly, with the storied and agonizing demise of PS's follow-up, Smile, and Brian's ensuing drug-induced recession into near oblivion, the Boys soon became not much more than a glorified oldies band, a shadow of which they remain to this day.


Like most pop culture entities—movies, TV shows, songs, and LPs—Pet Sounds is of its time. I’m sure older baby boomers who were in their teens when it was first released certainly have a stronger bond with it than I do (I was seven, and, as mentioned, was oblivious to it—though not to the Beatles, who were ubiquitous). Yet, like all entities that ultimately come to be considered classics, I imagine it continues to resonate with others who weren’t of that era, just as Casablanca and "Sing, Sing, Sing" do with many who weren't yet born when those American icons were released.

I’ll leave it to the experts and musicologists to dissect each song and examine its intricacies, subtleties, and influences (which has been done ad infinitum). The best I can do to champion Pet Sounds is merely attempt to relate the effect it has had, as a whole (and Pet Sounds must be swallowed whole), on me. Besides, I don’t want to destroy the magic, or the state of near-bliss that is summoned up when I listen to this masterpiece, by putting it under a microscope.

For what it’s worth, Pet Sounds made the number two spot in Rolling Stone magazine’s 500 Greatest Albums of All Time in 2003. Number one? What else—Sgt. Pepper. 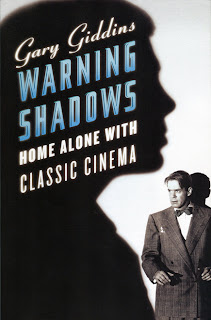 Gary Giddins is as close to a perfect critic as we’re likely to see in our time. His style, at once easy and authoritative, is a seductive delight to read. He has an uncanny eye for detail—for the way films are shot and edited, for the subtle play of emotions on an actor’s face, for the way movies illuminate their moment and take their place in history. His patiently arrived at judgments are witty, impeccable, and, to my mind, indisputable. I’d rather read Giddins on the movies than go to most of them.
—Richard Schickel, writer, filmmaker, and film critic

I’ve always been a bit in awe of critics. Not the garden variety simpletons who slap together off-the-cuff, minimally-informed, self-serving blather about an artist’s latest album or a glorified plot synopsis of a new film, but those who provide something deeper, who have studied and thoroughly understand what their subject is all about and how it applies to our world in a larger sense (if applicable), and present it in the form of memorable, inspiring prose. I’m sucked into the dizzying depths Tag Gallagher plumbs in his studies of John Ford and Leo McCarey. I’m entranced by Peter Bogdanovich’s blog. When I was younger, and (overly) enthusiastic about rock music, I would hang on every written word by the likes of Dave Marsh, Paul Nelson, and Greil Marcus, whether in Rolling Stone or Art Forum. Stranded: Rock And Roll For A Desert Island is still one of my favorite books.

At the top of the critical mass is Gary Giddins, who doesn’t only “get” jazz music, his area of well-proven expertise—he “gets” movies, too. After digesting only a few pages of his new collection of movie reviews (most of them from the recently defunct New York Sun), Warning Shadows: Home Alone With Classic Cinema, it becomes clear that he intimately comprehends, and has the uncanny ability to bring into focus for the reader, not only the bigger picture (which he does, breathtakingly, in the very first chapter—a stunningly astute overview of the full-circle journey of motion picture viewing since the turn of the last century), but also the diverse intricacies of genres and sub-genres, of film directors' entire oeuvres, of the basic, indefinable stuff that makes us love to watch movies, even when we're home alone.

Though best known as the long time jazz critic for the Village Voice and multiple award-winning author of several books on music (and one of the more memorable talking heads in Ken Burns' marathon documentary Jazz), Giddins revealed in an earlier anthology, Natural Selection, that prior to his gig at the Voice he was a movie reviewer, and it was a toss-up as to which direction he would opt to go in when the Greenwich paper beckoned. After a long career as the most respected jazz critic alive, it’s nice to see him spread the wealth of his erudition and come back to critiquing films. 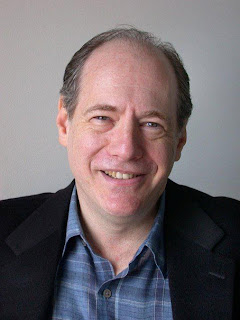 Actually, in Warning Shadows he focuses on DVD releases—more often than not, box sets and compilations, which provide him with the opportunity to delve into the works of time tested auteurs and much-appreciated actors and stars as well as overlooked geniuses and forgotten, would-be masterpieces. It’s both an enlightening experience and an enjoyable ride to partake of his knowledge, which is vast.

He adroitly notes, for instance, that Alfred Hitchcock has had the last laugh on his many biographers and critics by remaining the most durably popular studio-era film director in the English-speaking world, and he illuminates in two essays about the often misinterpreted and misunderstood John Ford more than some have managed in entire volumes. He makes the following observation, lost on so many, about Ford in his overview of Young Mr. Lincoln:

(Ford’s) famously stubborn refusal to elucidate himself of his work or to admit that
what he did had anything to do with art honors the audience. Art implies intellect,
which is unequally distributed, and Ford demands emotion, which ruthlessly seeks
out the common denominator in us all. The implication is that if he has your heart,
your mind will follow, if only afterward as the justification for losing your emotional
grip.

Giddins writes in his piece on Noir-cum-Western-cum-Sixties Epic auteur Anthony Mann, “The 1950s were arguably the greatest years of the Western, the period in which generic formulas were at once sustained and destabilized through psychology, revisionism, high style and the kind of grandeur that follows when the most durable clichés are reframed against classical paradigms.” In the same manner Giddins reinterprets much of what has come to be accepted (or dismissed) as cliché in classic cinema, and reframes individual films and entire bodies of work within fresh new evaluations that make you want to watch them.

Beneath the analytical surface, it's disarmingly obvious in every chapter that Giddins is an unabashed fan of cinema, and this fact, palpable in each line, makes the book an absolute joy to read, for the rest of us unabashed fans as well as the casual reader who may wish to learn more about the defining art form of the twentieth century and some of its most adept practitioners.